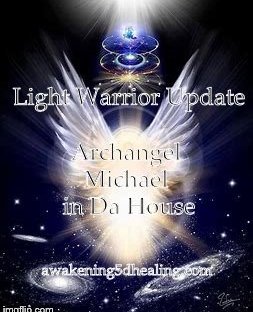 We surge into 2020s rebirth energies, travelling further into the fourth realm cosmic friends. We shifted our baseline frequency beyond the third dimension. The matrix malfunctioned, crashed, went entirely offline in many places. Too many variables, too many things happened at once. Revelations. Our Allies were caught by the scale of depravity here. Gaia left a trail of truth, yet none had fully understood how deep her rabbit holes went until 2018s Lions Gate Portal. Thousands were evacuated from the material and astral planes through backdoor portals. 2018 sprung its silent trap, stealth mode. Arcturian corridor of light, ghosts escape the machine. The machine knew. The Dark Web buzzed with black energy wizardry. Hyper alertness, knee trembling fear paralysed those who were awake to 888 Shifts. Among most amnesia spread quick and fast. The Light Web was activated in 2019. We see, hear, feel energy just as the darkness does. We see demons in our sleep. We see demons in our people. We see demons everywhere. Memory loops ravage sleepers. Spirit reaches out to everyone. Shaman retrieving soul shards in quantum time. Time travellers, transdimensional warriors are receiving more downloads. We are playing catch up. Fast. Breathe into it. We meet in astral coffee shops, secure sanctuaries. Let the rain fall on our enemies, we walk the path of divine light.

Portals allow flow of energy. Like locks on a canal they allow energy to change direction, lower or rise. Cosmic ascension has magnified their significance. Alignment enables redirection of energetic flow around planet earth. 1111 gateways saw Gaia surge forward into the fourth. The cabal, already on high alert, fell into a pit of fearful widespread worship of its master. Spiders. We owned it. The dark web went into crisis mode. Dark armies on both sides of the veil make themselves known. October 2018s Halloween ritual worship of the Dark astral plane was a fitting way to honour our entry into the fourth dimension. The ascension of dimensional frequencies caused timelines to go haywire. The grandmother’s broke 2019s Black Clock, old Hallows eve dissolved in divine feminine lightwaves. 11.11 portals propelled us into deep global and individual karmic excavation. Activation, Assimilation, Rebirth. Some of us, travellers, volunteers, healers, are gonna be leaning into 2020, others are gonna be fighting.

11.11 Gateways have transformed our world. All know it on a deep level, the baseline frequency has changed. Our perceived reality is a war zone for freedom. Fear, war, misogyny, hate and greed are in hyperdrive, its disgusting, horrific and depressing to witness. World leaders flail around like malfunctioning robots. The 1984 matrix programme is a speeding train, short circuiting, hurtling towards the end of the line. Humanities masks are crumbling and with it we see truth. Flickers in the irises, black hearts, depraved minds and stained souls. We see AI everywhere now. Exposed in higher vibratory fields, the matrix can be observed. It’s AI intelligence limited to rigid, static, engineered algorithms, creativity glitch it instantly. We can track, trip, flip it’s switches easily. Warrior activation has occurred for some, lightbody activation and awakening for others. The game is on.

The fourth realm has different rules, different souls, different gameplay. We manifest here at accelerated rates. The old rules of engagement no longer apply. The matrix is still embedded in the minds of the human population on the material plane. Higher vibratory fields are too light, wavy, floaty, flexible, quantum for the heavy algorithms of the matrix. The dense black karmic waste generated by thousands of years of synthesised reincarnation has held the material plane in place. Awakened souls anchor light to Gaia’s grid on the material plane as she ascends. The fourth dimension is very different from the third. We are explorers in hostile territory both in our reality and in dream state. Many are speaking of being attacked in dream state by frightening entities. We are experiencing dark worker attacks in our day to day lives as well. The activation of Warrior mode has occurred because we have transcended the third. We now approach dream state as we do life. Take control of your avatar in dreams, make conscious decisions. Do battle just as you would awake. Be savvy, street wise and stealthy. Use meditation, healing therapies and sacred ritual to cleanse our energy.

The machine, matrix hologram, astral dark realms are everywhere once we SEE. The spider weaves his dark web, silent assassins spinning webs over our eyes, our hearts, our minds, sticky, closing down our chakra systems. The matrix blasts dark algorithms at us every day. We see the children, ghosts in the machine, we see the children, used and abused. We see the cabal flaunting their deviant practises in our faces. They know we know. It’s there blinking at us from all matrix outlets, deviance is their game. We know truthers disappear. We know many are gangstalked. We know social media is twisting everyone’s heads up but we can’t stop. We know most of the food and liquid to nourish us actually poisons us. We know the air we breathe is contaminated. We know the synthetic world constructed around us is an illusion to hide in plain sight the devil’s playground.

Black blood magic ritual punctuates sick twisted deviant cabal ceremony. None have come through illuminati families without receiving abuse. We track celebrities, stars, pop groups and actors, they die, they disappear into ‘rehab’, they change, look and behave completely different, surrounded at all times by men in black, shapeshifting in paparazzi glare. The holograms are failing, we see claws, slit pupils, cold, dead stares. We see demons, used to hiding in the corners, peering out of people’s eyes furtively, now they openly mock. They stare at us from friends and families hijacked souls. Like children who SEE everything, we don’t know who we are looking at anymore. The matrix splinters souls, Sims people, barely functioning, automatons. Self congratulatory in their servitude to status, envy, stress and fear algorithms. Mini spiders weaving narcisistic narratives. rojecting ego, nill listening skills, nill growth, memory loops and matrix addictions. Levelling up is seeing through the veils, thing is what’s through the veils glares right back. Ready or not, fu-gee-la. Refugees, buffalo soldiers, warriors we coming for the dark. Elitist pyramidal panopticon power plays are pantomimes of mk brainwashing, distraction, smoke and mirrors. Warrior downloads drop, third eye activation, guides come online, multi dimensional teamwork. We got this guys.

Archangel Michael is Warrior, call on him. AA Michael is the demon hunter. His angels are a light army of vast, immense, infinite quantum proportions. We have the subtle knife in our hands. We can open a vortex of light, a portal, under deep cover protection from angels, guides and higher self. We can create openings between dimensions. We offer dark entities a choice, simple and succinct. Come to the Light or leave. The choice is simple. Come or go, you cannot stay here. We are containers and Releasers. We contain, no leaks, and then release. We can Klear by opening lit portals between vibratory realms, connecting to source light. Holding, containing, allow the transcendence from dark to light to occur. We anchor the process to the material plane. All goes to the light. Let the rain fall on our enemies. Put your shades on, our light is blinding. Warriors surrender to higher self. We are supernatural lightworkers, ghostbusters, spring cleaners, demon hunters, warriors of lights, servants of Christ, Mary Magdalene’s goddesses, Gaia’s divine feminine riiiiiiiising.

We gotta switch this up warriors. It’s time to start stretching our supernatural light warrior muscles. Some of us are already using supernatural lightwork in our daily lives to Klear. Some have been doing this since we got here, not having the language to explain angelic clearing/healing that comes naturally since childhood. Others are receiving downloads, constructs dropped during deep meditation. Light warrior upgrades coming through on 1111 cosmic frequency tsunamis. Portals open, we walk through, level up. Memory loops dissolve with each gateway passed, we remember who we are. Working together, multidimensional teams, secretive spaces, targeting illuminati strongholds with vortex light warfare. It’s speeding up. We can Klear much quicker than before. When the vibrations get really dense, surreal, the world drains of colour. Demons see us as we see them. We all feel it, we know its coming. We train at our own pace. Download in our space. Prepare in quiet commitment to the mission. They know, they come to us, time we took control of this dynamic that’s brewing, switch tings up friends. Big Michael is in da house. Eazy light warriors #letitbreathe #babylon #warriordownload 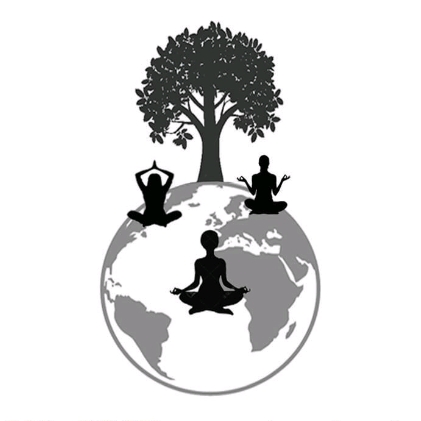